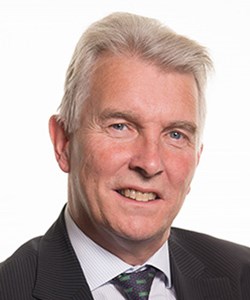 John trained with McLachlan & Brown before joining Price Waterhouse at the start of the 1980s as a tax senior. He moved to Arthur Andersen & Company in the same capacity two years later, before his appointment as a tax manager and, subsequently, tax partner at a constituent firm of Scott Moncrieff, where he remained for some 21 years. John was appointed head of tax in Scotland for BDO in 2006, joining French Duncan as a partner in 2014.

He specialises in advising owner-managed businesses and their owners on a wide range of tax matters, including: acquisitions and sales; reorganisations; share valuations; succession planning; shares schemes; tax efficient investments and inheritance tax planning. John has also advised charitable and not-for-profit organisations and has prepared expert witness reports covering a range of issues.

He has established a reputation amongst his clients as a tax expert who can make often complex matters readily understandable to the benefit of themselves and their businesses.