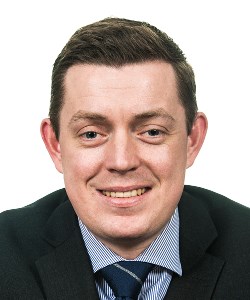 Stephen began his career working for a short time at HM Revenue & Customs as an Administrative Officer before joining an independent CA practice as a tax assistant dealing with all tax compliance issues and identifying tax planning opportunities. Three years later, he was appointed as tax manager to a mid-tier accountancy practice, where he remained for six years, before joining French Duncan in 2015 in the same role.

Stephen has gained extensive experience of working for both personal and corporate tax clients which helps him give more comprehensive tax advice. Stephen has gained exposure throughout his career to all aspects of Employment taxes and has added to this expertise through completing numerous Employment tax review and due diligence reports. Stephen has also been heavily involved with giving advice, both technical and compliance based, on all aspects of employment related securities which covers both tax advantaged scheme such as EMI, SIP, CSOP and non-tax advantages schemes.